“brooding and brimming with sexual tension”

Tennessee Williams’ 1947 dissection of the class system of America’s Deep South is plain to see in this story of the descent into madness of aspirational fantasist Blanche Dubois amid a fog of good ‘ole Southern liquor.

Ms Dubois, displaced from what she regards as her rightful place as mistress of the family estate by a failure to keep up the mortgage on the property, boards the titular Streetcar of Desire to seek refuge with her sister, Stellar, and her husband Stanley in a godforsaken backwater. She and Stanley immediately lock horns as blue collar worker meets wishful old aristocrat. In this pressure cooker of emotions and class warfare sexual jockeying and violent frustrations emerge driving Blanche ever closer to the funny farm.

Leading this excellent cast is ex-Eastender Charlie Brooks, a revelation as the neurotic, hysterical and fragile Blanche Dubois. Stewart Clarke as Stanley Kowalski, her nemesis, is brooding and brimming with sexual tension as the drunken, violent wife beater eating up the scenery.

The set is suitably tatty and decrepit with flickering lights intermittently lit by the unreliable local power supply; the action regularly interrupted by the deafening roar as the next Streetcar of Desire thunders past the forgotten population.

A Streetcar Named Desire is at Curve until Saturday 7 November
No comments:

“a bravado performance from Paul Beasley”

Breaking The Code at Leicester’s Little Theatre this week is the dramatic stage play inspired by Andrew Hodge’s book Alan Turing: The Enigma, the source material for the recent film The Imitation Game starring Benedict Cumberbatch.
This version, unlike the film, doesn’t shy away from the subject of Turing’s downfall his homosexuality and the invidious inequity of the Sexual Offences Act in the Fifties. This vile piece of legislation, viewed from our more enlightened perspective, is shown to be the destructive force which sadly ended the life of a genius who, had he lived beyond his 41 years, would have achieved even greater things. As it is he can look down from wherever he ended up and bask in the deserved glory of being the father of computing and the person who was largely responsible for ending World War Two several years early and thus saving thousands, if not millions of lives.
Paul Beasley as Alan Turing puts in a bravado performance that not only captures Turing’s social awkwardness but perfectly illustrates his brilliance and sense of exhilaration as he expounds on complex logical and mathematical hypotheses.
Written as a series of flashbacks as Alan Turing contemplates his final hour the narrative shines the spotlight on a series of incidents which led the tormented genius to bite the self poisoned apple, Snow White-like, that ended his life.
A talented cast of amateurs from the Leicester Dramas Society come together and sprinkle much needed laughter into this tale of how the man who saved the country at its ultimate time of peril was cruelly betrayed by the legal system.

She Called Me Mother 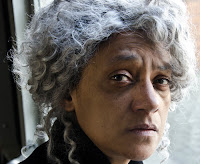 She Called Me Mother by Michelle Inniss
Upstairs @ The Western, 17th October 2015

“confronts very uncomfortable issues but mixes them with humour”

A 70 year old Jamaican woman sits on a borrowed stool under the arches of London Bridge selling the Big Issue. She’s not a beggar. She has a job. And a home. Well, a dingy room in the basement of a derelict house. But it is her dingy room.
She sits all day selling the magazines for £2.50 a time. Earning that £2.50 a time gives her back a little of her dignity. One of her regular customers, a young woman about the same age as her estranged daughter, gets her thinking of  how she became alienated from her one and only daughter and how she waits in vain for her to come and find her.
As is always the way, there are two sides to every story and Evangeline, as the mother, sees things very differently from Shirley. As the true story unfolds, side by side, we see how the daughter, for all her determination to avoid the mistakes her mother made, treads the same path and Evangeline is forced to face up to the horrors she has buried deep in her head.
The parallel stories converge when Shirley finally decides to try and make her peace with the mother she felt betrayed and abandoned her at 16. This is a multi layered story brought to life by two very accomplished actresses.
Cathy Tyson is a familiar face to both TV and cinema audiences from her BAFTA and Golden Globe nominated roles in Mona Lisa (with Bob Hoskins) and ITV’s Band of Gold and BBC’s Grange Hill and is especially effective in this powerhouse role written in Trinidadian Vernacula which highlights the loneliness of the immigrant uprooted and then left unsupported.
Chereen Buckley, as daughter Shirley, powerhouses her way through the emotions of being an abused daughter and wife and ably holds her own alongside the monumental talent that is Cathy Tyson.
Ms Tyson is co-founder of Pitch Lake Productions and this play is part of Black Theatre Live.
This is a play that confronts very uncomfortable issues but mixes them with humour and pathos.

She Called Me Mother is touring until at least spring 2016 http://www.pitchlakeproductions.com/tour-dates.html

Upstairs at The Western http://upstairsatthewestern.com/

“mental health has never been so funny”

Simon is an escaped psychiatric patient, Millie is a six year old with a mouth like a sandblaster. Granny doesn’t stand a chance. So says the publicity blurb for Rob Gee’s hilarious romp through the mental health system. That doesn’t even cover the half of it!
Simon has decided that after a year of medicated ‘normality’ he doesn’t need his pills any more and, in the resultant temporary liberation from ‘being shackled to the pharmaceutical conglomerates’ he decides to follow his perceived destiny to reclaim the throne of Egypt as Ramesses II. But first he has to escape from hospital, get into his flat and make it to the airport in time for tomorrow’s flight. What ensues is an uproarious journey which brings together three very disparate souls whose lives are changed forever. Well, mostly.
Right from the moment he came on stage and presented us with Simon, the protagonist of this piece, the audience was in stitches. Mental health has never been so funny.
Rob Gee is an acclaimed writer, poet, performer and director who has an especial interest in mental health issues and medical enlightenment in general.
More information can be found at www.robgee.co.uk
First published on Western Gazette
and Pub Theatre Blog

God Save The Teen

“how to grow up and get it all wrong”

Andrew ‘Mulletproof’ Graves is a performance poet and published writer. God Save The Teen is the story of his tortured teen years growing up in a dying mining community with a father wallowing in self pity, alcohol and cold sprout and Daddie’s sauce sandwiches and an absent mother. He survived despite getting almost everything wrong. Just like all teenagers.
This may all sound very dire but Graves manages to lace his seemingly grim youth with liberal doses of humour.
The piece opens with one of those punk verses; torturous rhyming couplets of convoluted prose. Thankfully this is only a mercifully short prologue before he launches into a series of stories of his adolescence, in turn sad and hilarious. The narrative whips back and forth throughout the 80’s and is dotted with vivid vignettes of clarity and humour.
The piece is divided, chapter-like with music from the era and mostly topped with short punk poetry verses. Not to my taste but I guess as a good a way as any to set the scene for the next story.
More information about the poet and upcoming gigs can be found on http://mulletproofpoet.co.uk/