Children of the Wolf 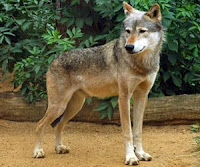 This play is certainly a world away from the Little Theatre’s often light and fluffy productions. A small cast of three portray a mother and twins as well as a few characters from the past in this powerful cautionary tale of poor choices and their repercussions.
Helena, as a flighty teenager in the 60’s, finds herself pregnant, as so many did, and resorts to the highly illegal and dangerous practice of a trip to the local back street abortionist. As was often the case the results were far from satisfactory and she gave birth to severely underweight twins, one of whom suffered brain damage due to a lack of oxygen during the delivery. As was the custom in those far off, unenlightened times the children were taken from the single mother and fostered and hopefully adopted. To cope with this Helena blotted all thought of her lost children from her mind and, due to the botched termination, was never able to be a mother again.
Fast forward 21 years and her naturally resentful offspring have hunted her down, stalked her every movement and laid a cunning trap. She is lured back to the scene of that fateful night, the occasion of the children’s conception, completely unaware that the vengeance of her aggrieved offspring awaits her.
Becca Cooper as Linda, the brains in the twindom, is a stalwart of the Leicester amateur scene and gets to show her dramatic chops as she in turn chews up the scenery and manipulates whoever she needs to. Ross Bayliss, a name new to me but certainly someone to watch, has a very physical role as the disabled twin Robin as well as playing the young Michael. Finally, as the mother Helena, Nadine Beasley is at times victim and justifier by turn.
This is not a blood and guts, violent story of retribution; rather a disturbing tale of psychological suspense in the Hitchcock style with a twist in the tale that will blindside you right at the very end. 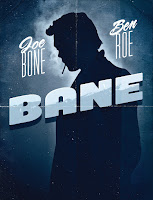 Almost a year ago to the day Upstairs at The Western was treated to a performance of Bane by Joe Bone. This is an affectionate homage to the gumshoe movies of the old black and white days of our parents and grandparents.

Tonight we got parts 2 & 3 of the ongoing saga of our favourite gun for hire in old New York. The Beast Within, part two, explores Bane's motivations and demons while part three, Welcome To Sunnyview, shows how he is, as he himself admits, once a killer always a killer, no matter how much he tries to change.

This time the story is even funnier and more serious with deaths and double dealings galore. Author and performer Joe Bone somehow manages to shoehorn in several fantasy sequences along with what seems to be dozens, if not hundreds, of individual characters on a bare stage accompanied, as before, by composer and guitarist Ben Roe.

Littered with puns galore, a car chase and some very implausible get outs, this is an uproarious evening's entertainment made possible solely by virtue of Bone's talent.

If you ever wondered how you can show a car chase around New York city on a bare stage then you absolutely have to go and see any of the episodes of Bane currently out on tour.

Episode four is currently being polished and we have been promised a visit next year. I can't wait! 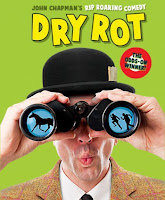 Leicester's Little Theatre is home to several amateur dramatic societies in the area and this week it was the turn of Leicester Drama Society's to present their summer offering to the good folk of the shire.

Dry Rot by John Chapman is not going to 'play on your emotions or exercise your brain with deep and meaningful thoughts', as openly acknowledged by the director Penny Kimmins. What it will do is give you a good few laughs.

John Chapman was a member of Brian Rix's Whitehall Farce company and, after appearing in more than his fair share of mediocre and bad farces, decided he probably couldn't do any worse and maybe do even better. With a tenuous plot that veers wildly from Fawlty Towers to a Dick Francis novel and St Trinians implausibility this is never going to be a cerebral evening's entertainment. Set in a magnificent country hotel (great set design by Alec Davis) this is the standard collection of multiple doors, mistaken identities, shallow stereotypes and a horse! The only real surprise was the female police sergeant being played, straight, by a man.

While all the relatively small cast of 10 played their parts well the pairing of Carolos Dandolo and Ben Harris as the impossibly inept bookie and his assistant stand out. Michael Bull as Colonel Wagstaff was channeling Richard Attenborough while Tabitha Fogg's dopey maid, Beth, mooned effectively over the wet secretary John Danby (Lawrence Moreton). Peter Lakin as Flash Harry brought to mind LeClerc from 'Allo 'allo as he was bundled in and out of the secret panel hiding place.

This period farce will never be a critic's favourite but more than satisfied an enthusiastic audience.

Dry Rot is on at The Little Theatre until Saturday 19th September.

After last years very successful production of Hairspray as part of Paul Kerryson's valedictory season for Curve he is back with a bigger, brighter, bouncier Balitmore, and this time with an all star cast led by Benidorm's Tony Maudsley, Chicago's Claire Sweeney and Blue Peter's Peter Duncan. Before it heads out into the wilds of theatreland on a one year nationwide tour we have the opportunity to see this very much ramped up, spanglier, ballsier production of a much favoured show.

The awesome voices of Claire Sweeney, Brenda Edwards and Dex Lee splendidly compliment the exhaustive, energetic choreography of the ensemble. All this is as well as the full use of Curve's extensive technical capabilities and serves to provide us with an evening of high energy fun, frolics and entertainment

For those not familiar with either the film or last year's production Hairspray is the story of Tracey Turnblad (Freya Sutton returning to the role after touring with it last year), a plus size high school student in the early 60's. Highlighting that sizeism isn't new, Tracey, considering herself an outsider anyway, takes on the issue of racial segregation in middle America. While this may sound quite a worthy subject it is given the John Waters treatment and emerges as an hilarious tale of redemption. As Tracey's double plus size mother, Edna, Tony Maudsley displays a nimble pair of feet, albeit clad in Nora Batty pop socks, and an undoubted sure touch for both broad and subtle comedy. He is ably partnered by Peter Duncan as husband Wilbur Turnblad. Claire Sweeney has great fun with the villainess of the piece, Velma Von Tussle, mother of spoiled brat Amber.

Tonight's performance ended with a well deserved standing ovation for a very cohesive cast and a luscious looking production. Hairspray is on at Curve until Saturday 19th September