When the novel of Captain Corelli’s Mandolin was first published in 1994 it was a moderate hit, especially with readers of romantic fiction. However it was the film starring Nicholas Cage and Penelope Cruz that cemented its reputation as a 3 hanky tear-jerker. The stage version has lost none of its emotional pull and, along with vivid depictions of the war in the Greek island of Cephallonia, you walk away drained.
Dr Iannis lives on the beautiful, peaceful island with his daughter, Pelagia, who is being courted by fisherman, Mandras. All things being equal she will eventually marry her fisherman and live fairly happily ever after.
But, this being 1941, war looms ever nearer as Italy and Germany invade the island with devastating effect. Many of the locals are killed, Mandras has gone off to fight and Pelagia falls, against her better judgement, for the handsome Italian Captain, Corelli. As with all the best romances difficulties stand between the lovers but it all sorts itself out in the end.
A stellar cast is led by Madison Clare as Pegalia, Ryan Donaldson as Carlo, Ashley Gayle as Mandras and Joseph Long as Dr Iannis. In the title role of Caprain Corelli is Alex Mugnaioni. The ensemble are almost balletic in their manoeuvres as they change the props and play the various villagers and soldiers.
Much needed lightness is provided by Luisa Guerreiro as the goat (you have to be there!) and Elizabeth Mary Williams as a pine martin (I know, but again you need to see it)
The staging is simple but very effective. A large crumpled sheet of metal hangs just above the stage providing an innovative surface for various lighting effects which compliment the visceral sounds of war and earthquake.
For anyone who is a fan of either the book or the film this is a must see production and continues to tour til at least June. Full details at www.CaptainCorellisMandolin.com 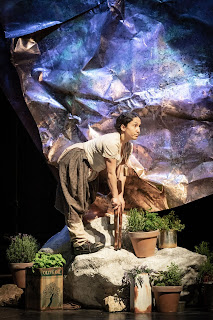 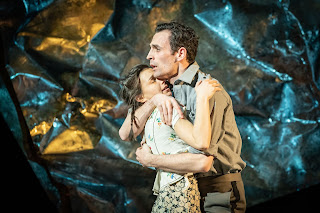 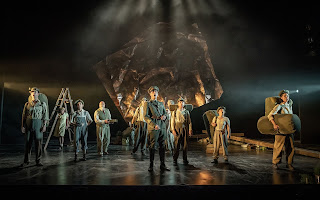 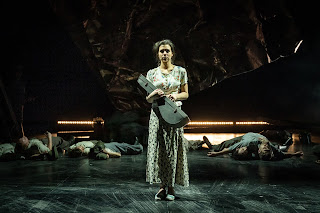 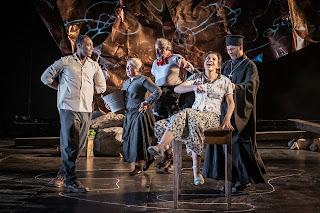 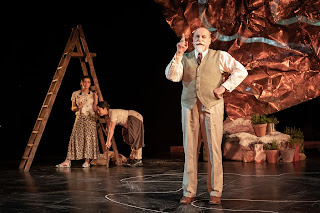 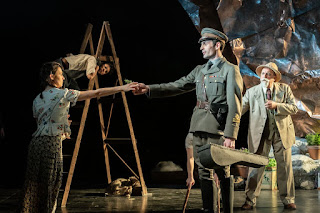 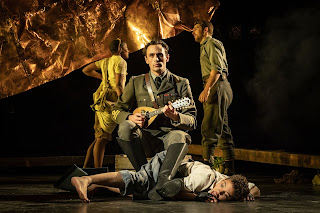 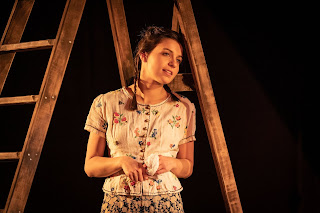 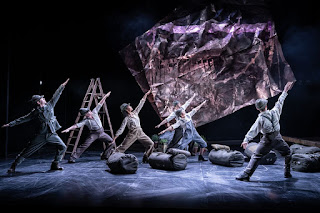 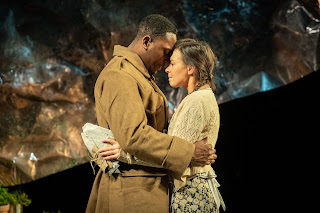 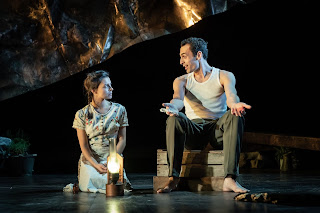 Back in 1967 new playwright Peter Terson penned this definitive illustration of the psychology behind football club worship and the resulting hooliganism for the National Youth Theatre.
I remember seeing the BBC production in 1967 and was struck by the visceral reality of working class tribalism in a way that had never been seen on television at the time.
Specifically designed for the theatre, and especially youth groups, it works best with a large cast and a fairly bare stage. With Curve’s backing the set is a lot more than minimal giving the large cast of 27 from the Curve Young Company 12+ plenty of room to people the community of fans.
1960’s teenager Harry Philton (William Hutchins), only son of a single mother (Ethan Tannahill), has drifted through school with only his Saturday visits to his beloved football club with best mate Zigger (Max Strong) to look forward to. Zigger is a less than perfect influence.
Harry has reached that point at school where he has to make a decision as to what his future will be. He toys with the army but fails the medical. Is football to be the only worthwhile thing in his life?
The hugely talented cast of mostly under 15’s show lots of promise for the future of  young actors and several will, I am sure, make their mark both locally and nationally if they so wish.
Zigger Zagger is on at Curve until Saturday 13th April 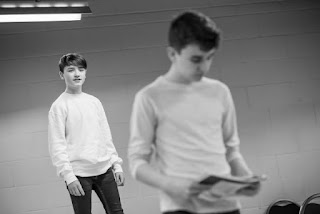 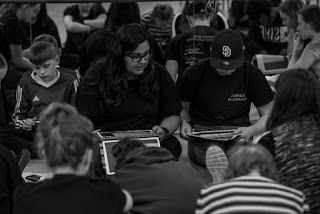 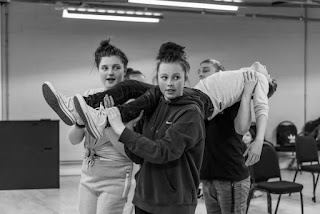 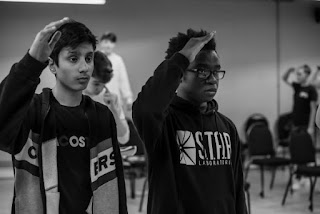 The Addams Family sprang from the feverish imagination of Charles Addams, a graphic artist in 1930’s New York. As a sideline to his main job of doctoring corpse pictures, he amused himself with suitably dark one-frame cartoons. Eventually they were collated into a book and published. One book was called  Addams and Evil and The Family was born.
In 1962 a TV producer saw the potential for the characters to become a sit com, albeit a bizarre one.. It took 2 years but eventually ABC in America broadcast it and it ran for 2 seasons spawning copies like The Munsters.
In the 90’s the brand was resurrected for a couple of feature films in 2007 and finally made it to Broadway in 2010 as a musical which toured in the UK from April to November 2017.
LOP’s amateur production includes all of the original characters, even Thing, the disembodied hand, makes a  cameo appearance on the interval animated backcloth.
Uncle Fester (Neil Prior doing a very credible impersonation of Christopher Lloyd) serves as narrator. Morticia (Alexandra Elliot) and Gomez Addams (David Lovell) are the proud parents of Wednesday (Danielle Cherise Smith) and Pugsley (Carla Smith cast trendily gender blind). Lucas Beineke (Matt Barton) is Wednesday’s fiancée.
The set is suitably spooky and the macabre costuming sets the mood .
An onstage orchestra is hidden behind a projection screen which, innovatedly for the Little Theatre, has animations for scene changes
The Addams Family is at The Little Theatre until Saturday 13th April