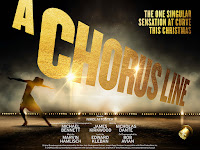 I know, I know, it isn’t Easter yet and we are already wishing the year away.

However, in the current climate any good news is to be welcomed.

After an incredibly trying year Curve has managed to stay afloat, given us some exciting and innovative ways of seeing theatre in a pandemic (hopefully never to be needed again) and now has announced a fantastic show to look forward to at Christmas.

Running from 3 – 31 December 2021 the renowned Broadway musical A Chorus Line will be directed by Curve’s very own Nikolai Foster.

This landmark show changed the way Broadway musicals looked and felt when it opened in 1975. With an iconic soundtrack by Marvin Hamlisch it tells the stories of 18 performers as they battle through auditions for 8 places in a new musical.

Not only will the songs tear your heart out but the choreography will send you soaring. With an unforgettable finale this will be an emotional return for Christmas theatre to Curve.

Full casting and production details will be revealed in due course.

Tickets go on sale for Curve Friends on 29th March , to Members and Groups from 1st April and on general sale from 8th April

Tickets can be purchased online at www.curveonline.co.uk

In other news the planned performances of The Wizard of Oz  is now postponed til Christmas 2022 to kick start a national tour in 2023. All existing ticket holders will be contacted by Curve in the coming weeks for full refunds or exchanges 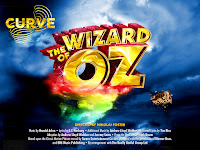 Obviously this year there are going to be huge gaps in Leicester's Christmas theatre-going fare. But, all is not lost. Our local theatres have pulled the stops out and managed to rustle up some Yuletide treats to fill the holes left by this accursed virus pandemic. Now all the shows I am listing are dependent on the lockdown being lifted on 3 December so, fingers crossed.

First off  the grid is Curve. While several interim shows have had to be postponed, as of  the date of writing we can still look forward to the concert version of Sunset Boulevard running from 18 December to 9 January and Memoir of an Asian Casual from 25 January to 6 February. The Color Purple has been rescheduled to 1 - 13 March 2021. If that is not enough to give you a glimmer of hope over Christmas then the news that the touring version of Beauty and the Beast kicks off at Curve in May 2021 for a month. Tickets will go on sale in December.

Leicester's other major venue for Christmas shows, DeMontfort Hall, has shows booked in for the new year and includes James McVinnie (15 Jan 2021), Frank Skinner (28 Jan) and Katherine Ryan (12 Feb). All tickets are on sale now.

The Little Theatre, having had to pull so many shows this year, has come up with a suitably Yule themed show, We Need A Little Christmas, which runs from 8 to 12 December. The planned pantomime, Cinderella, will now be in 2021

The Y Theatre has also had t cancel lots of shows but has made a huge effort to at least cheer us up in December. Bedtime Stories  on 13 December is especially for 2 – 8 year olds; The Santa Show on 20 December is an interactive online show for children of all ages. Finally on 29 December the year is rounded off with Alan Barnes + Eleven and an evening of 50's music.

Further details for all venues are on their respective websites

“At last some good news!”

Curve has announced its reopening schedule to give us all some festive cheer thanks to the recent grant from the  government’s Culture Recovery Fund and the ongoing support from Arts Council England and Leicester City Council. Credit should also go to the management of Curve who have successfully steered Leicester’s flagship theatre through these unprecedented times.

The season will officially launch with a special, exclusive live-streamed event on 12 November.

From 23 Nov to 3 Dec The Color Purple will return to Curve in a concert production reimagined by the original  creative team of director Tinuke Craig, musical director Alan Parker and choreographer Mark Smith. Original cast members T’Shan Williams (Celie) and Danielle Flamanya (Nettie) will return. Other cast member will be announced when confirmed.

Christmas will see the return of Sunset Boulevard from 14 Dec to 3 Jan. Staged as a concert performance it will be directed by our own Nikolai Foster with original cast members Ria Jones and Danny Mac. There will also be a 16 piece orchestra.

Continuing into the New Year there is the return of Memoirs of an Asian Football Casual. Director Nikolai Foster will helm this story of local boy Riaz Khan’s life from 25 Jan to 6 Feb

All three shows are award winning productions and full castings will be announced in due course.

Continuing Curves very popular community led events there will be a socially distanced Family and Community Day on Sat 14 Nov which will include a selection of low cost and free workshops, performances and activities for all ages from Midlands artists and theatre companies. All events will be ticketed and MUST be booked in advance.

The reopening of Curve to the public has been made possible because of the unique design of Leicester’s award winning theatre. By raising the wall between the two theatre spaces (I bet you didn’t realise they could do that!) to create one huge space they can accommodate 533 seats in a socially distanced way. Add into this the incredibly generous donation by Sir Cameron Mackintosh of a triple revolve and Curve once again has a world beating performance space which will be the envy of  theatres everywhere.

To ensure the safety of both artists and audiences there will be a one way system in the building, additional cleaning and temperature checks before you are allowed to enter the building. Further information can be found on the website.

Tickets for all shows and events go on sale on Thursday 15 October for Friends of Curve, Mon 19th October for Members and on General sale at noon on Weds 21 October. 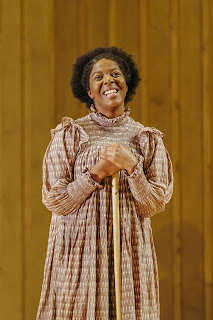 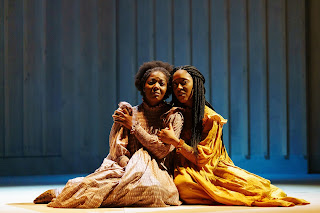 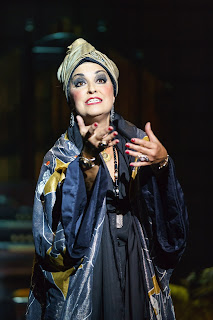 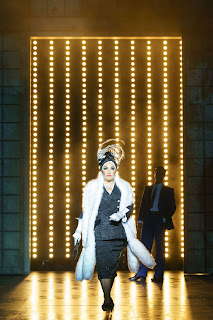 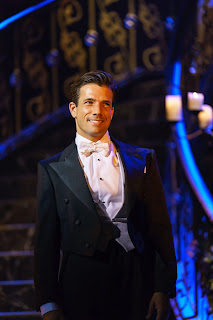 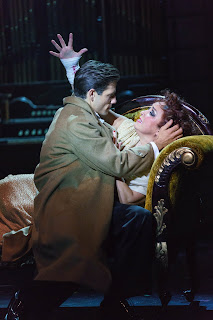 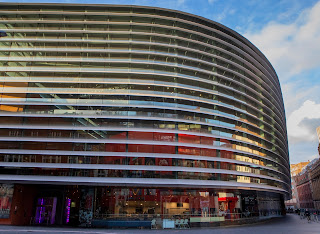 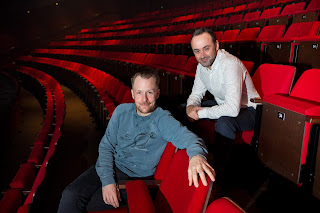 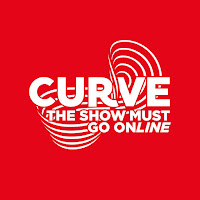 In these unprecedented times theatres all over the country are doing their bit to keep us informed and entertained during lockdown. Curve has announced a programme of digital activity which includes new online content for audiences as well as sharing past work digitally.
The recent campaign called Rainbows of Curve has called for people around the world to share their Rainbows of  Hope images with the theatre by emailing them to thewonderfulwizardofox@curvetheatre.co.uk. These images will ultimately form part of the set design for Curve’s Christmas production of The Wizard of Oz.
Many theatres have released screenings of past productions and Curve was in the vanguard of this initiative and has screened both Memoirs of an Asian Football Casual and The Importance of Being Earnest already. Just these two productions have been viewed by over 17,000 people worldwide. Joe Orton’s What The Butler Saw is scheduled to be screened this weekend (7pm April 19th). More titles will be announced in coming weeks.
Curve in Conversation is a series of interviews conducted by Curve Artistic Director Nikolai Foster and posted online. These will be with a whole host of creatives with links to Curve including writers, actors and others.
There will also be Instagram Live Q&As to give audience members the opportunity to ask leading figures in the industry questions every Friday at 4pm.
Curve Young Company are being asked to send in videos of their theatrical exploits at home during lockdown to communication@curvetheatre.co.uk
Curve is also launching a series of Bedtime Stories read by actors like Cathy Tyson and Mark Peachey. There will also be activities packs available inspired by previous Made At Curve family shows like the recent Giraffe’s Can’t Dance.
Lots more information about upcoming events and how to access activity packs is available at www.curveonline.co.uk
Mention should be made of the fact that Curve is  a registered charity and relies on box office takings and community support. In these straightened times they would appreciate any donations that you care to make to help them through these tough times. Details are on the website.
The Show Must Go onLINE, so support your local theatre in any way you can. 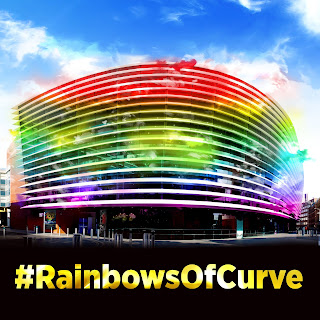 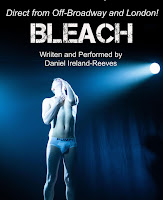 Back in 2018 I was lucky enough to catch Dan Ireland-Reeves' award winning play Bleach.
This is the story of gay sex worker Tyler Everett who gets involved in a scene that is often both sordid and dangerous.
Writer and performer Ireland-Reeves has adapted his stage play into an audio drama for these self-isolating times.
Bleach is an uncompromising tale told in strong, unflinching language so is not for the faint hearted

My original review can be found here

Following on from his successful stage adaptations of Gangsta Granny, Awful Auntie and The Boy in The Dress David Walliams’ latest touring show is The Billionaire Boy.
Joe (Matthew Gordon) is twelve years old and the son of a self made multi billionaire single father (Jason Furnival). Rather than the love and attention he craves his father showers him with money and material things. Desperate for a friend he transfers from a posh school where he was bullied for having the wrong accent to a comp where he is bullied for being rich. Life doesn’t get any better.
The script is full of schoolboy toilet humour with a few gags especially for the grown ups with their teenagers
The set is, appropriately, made of stacks of loo rolls, the product that made Joe’s father rich. It is a jigsaw of  cupboards and cubby holes which serve as locations.
The cast of  nine work very hard singing and dancing.
Billionaire Boy is at DeMontfort Hall until Sunday 8th March. Tickets are still available 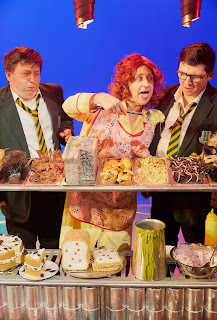 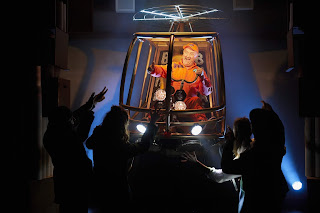 “This is a tour de force of acting”

For the third year running Rob Ward has been an integral part of DMU Pride. Previously he presented his award winning Gypsy Queen but this year he brings us a new Curve commissioned show, The MP, Aunty Mandy & Me, a darkly comic tale of a socially awkward gay boy stuck in a northern town backwater who is desperate for a loving relationship.
Dom thinks that  being an Instagram Gay influencer is the be all and end all of his life but he struggles to get past the 100 likes for his posts. His social anxiety is under control, sort of, so long as he takes his medication. But sometimes he forgets and has an ‘episode’. He tries, he really tries to meet guys. He goes to the gym but never gets picked up. His love of trains is the only real passion in his life. Until he meets the MP. He makes Dom feel good about himself and, if we are being honest, Dom allows himself to be groomed for the self worth he now feels, even if some of the things asked of him are not to his taste Of course being groomed is not a novelty for him. His druggy mother has also groomed him to follow in her footsteps into substance abuse calling her seemingly never ending supply of MDMA her Aunty Mandy.
Rob Ward has produced a very funny, thought provoking play about coercion and the things we are prepared to do for love, or at least what we perceive to be love. This is a tour de force of acting as Rob switches at alarming speed from character to character, male to female, drunk to stoned, all with many laugh out loud moments and sudden descents into pathos, all littered with innuendo and northern vernacular.
Direction by Clive Judd and a very apposite soundtrack designed by Iain Armstrong it all comes together to highlight some of the pitfalls of modern gay youth. This should be required viewing for all LGBT youngsters today 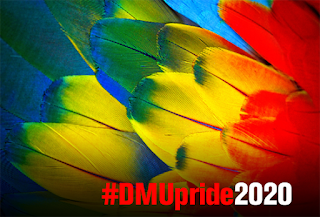 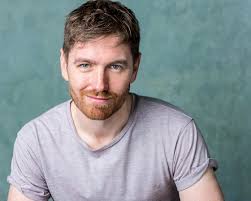